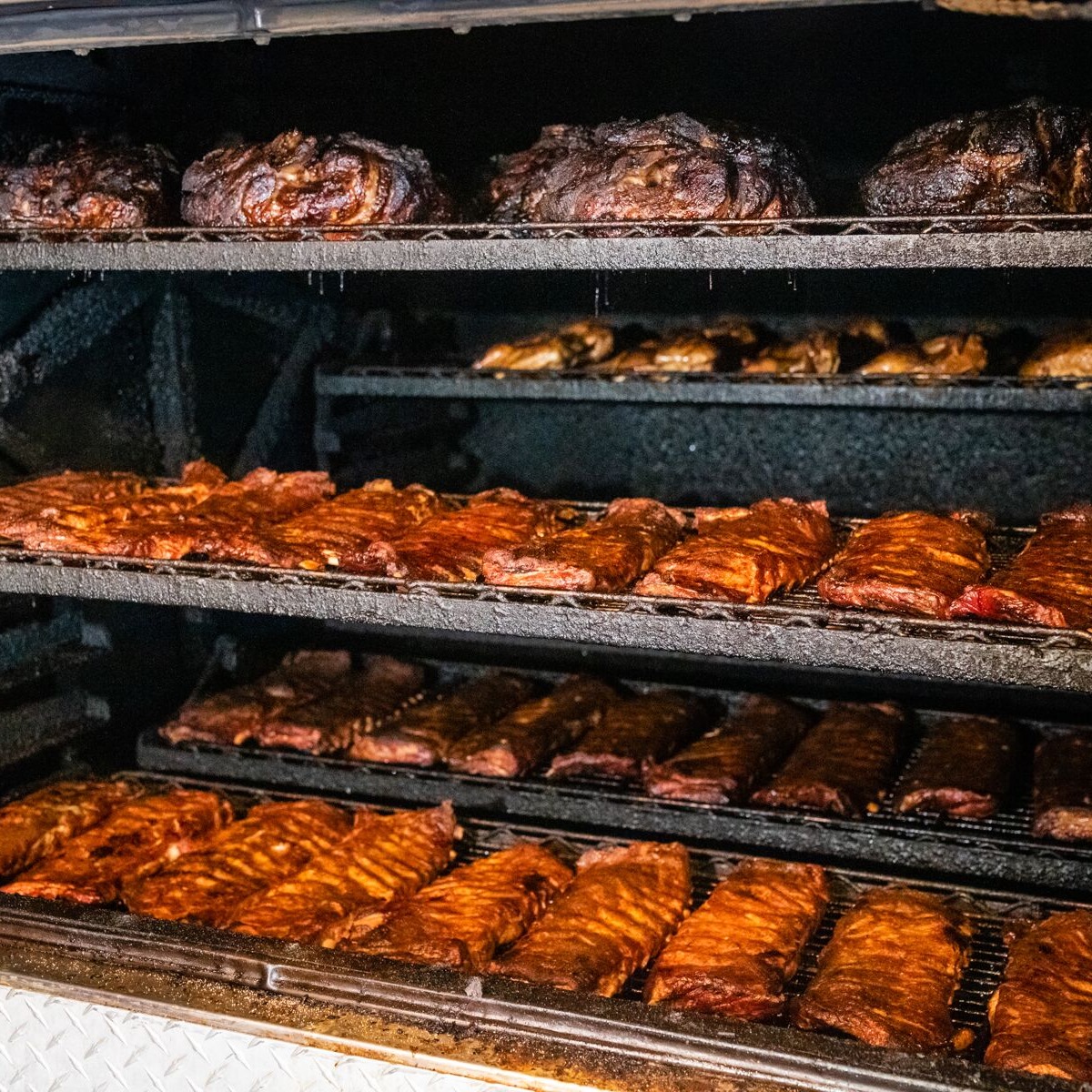 How We Started Slow & Low BBQ Bar & Grill We wanted to open a restaurant for a long time but were seriously looking for about a year. We finally found the perfect location (Alma’s Italian restaurant that had been in business for 40 years). We got the negotiations on the way, one week after both parties agreed on a price, I found out I was pregnant. We had dreamed of having both a child and a restaurant but not at the same time. We knew it would be hard but that we could handle it. We tried to start remodeling the south end of the building immediately but had delay, after delay, after delay. By the time we finally got started we were five months behind and had three months of build out ahead of us. With neither Joel nor I working for the last six months, life was very tight and scary. Then June came along and little baby Haley joined us two weeks earlier than expected. We both took some time off for our new family. However, Joel only had a three day vacation, we had to get open. Finally, we were scheduled to open September 1, 2004 and wouldn’t you know it , here comes Hurricane Frances. Joel and I knew that she would turn and wouldn’t hit Brevard County. Unfortunately, we were wrong. She was heading directly for us. So we had to evacuate one day after we opened. I thought for sure I would have a nervous breakdown. After Frances came and gone we went to find Slow & Low did very well in the storm. However, we did lose an electrical pole and were out of power for two weeks. Finally, we opened again and along came Jean one week after our second opening. She only closed us for three days and we had no damage. We are open now with all that behind us and finally all is well. Now we can kind of giggle about the funny story we have to tell.